12 Tips To Beat A DUI Charge

In 2019, during the ‘Heat Is On’ campaign – an enforcement program put in place to ensure all people using Colorado roads got to their destinations safely – a total of 2,999 drivers were arrested on impaired driver charges. Out of these 2,999 arrests, the Colorado Springs Police Department made 283 arrests (the highest number of arrests). This goes to show just how serious the Colorado Spring Police Department is when it comes to DUIs. 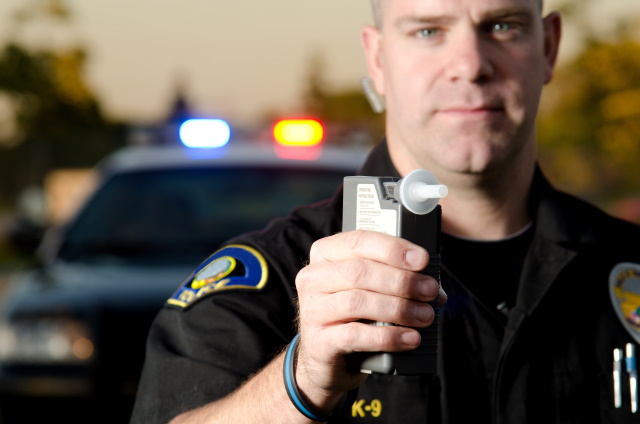 That said, walking away after a DWUI or DUI charge in Colorado Springs unscathed is quite challenging. A positive outcome is never guaranteed, not to mention there’s a lot of psychological pressure during the process.

Besides, Colorado has some of the most complicated DUI traffic laws in the country. If you’re going to beat a dui charge, you’ll need some help.

However, arming yourself with the right knowledge and knowing what you need to beat a DUI charge in Colorado can go a long way in minimizing the potential consequences of a DWUI or DUI conviction.

An experienced DUI attorney can dramatically increase the chances of a successful DUI defense. For the best possible outcome, don’t leave a DUI charge to chance with an inexperienced attorney. Your future is on the line and a DUI conviction is expensive can devastate your life. Call Jeremy Loew for a free case review today.

Can You Beat A DUI Charge In Colorado Springs?

Yes, it’s possible to beat a DUI charge, but it won’t be easy. Typically, successful results follow when you go the extra mile to develop the best defenses for your DUI case. While it’s tempting to rely on one defense, it’s never a wise choice.

The better approach when defending against DUI charges is to carefully assess all present evidence and facts and create a winning strategy.

At The Law Office Of Jeremy Loew, that’s exactly what we do to help you beat a dui charge.

Here are twelve tested and proven tips that can help defeat a DUI or a DWAI conviction.

1. Forcing The DA to Prove You Were Behind The Wheel

Proof of intoxication is not enough for a conviction: the prosecution must also provide evidence to show that you were actually the one driving. This strategy works if, as in the case with some crashes, law enforcement officers arrive at the scene, and there’s no witnessing of you being behind the wheel.

2. Forcing Prosecution To Prove Probable Cause

Evidence presented for your DUI charge can be and will be successfully suppressed if the police did not have legal cause to (1) stop, (b) detain, and lastly, (c) arrest. Sobriety roadblock and DUI checkpoints, in particular, provide many defenses to DUI charges.

But more often than not, officers will stop an individual for a non-driving violation and later use that as a pretext to fill in the blanks of legal cause. This is neither allowed nor proper.

3. Failure To Give Miranda Warnings

Were Miranda warnings given? Incriminating statements regarding your DUI charge may be suppressed if warnings were not given at the required time.

Suppose the police officer did not advise you regarding the consequences of refusing to take a chemical test or gave it incorrectly. In that case, this may overturn the decision for a DMV license suspicion based upon a refusal to provide test samples.

5. Forcing The Prosecution To Prove That You Were Intoxicated

The police’s opinions and observations regarding your intoxication can be questioned. For instance, the nature of what the arresting officer considers failing and the circumstances under which the field sobriety test was given can both be questioned. Witnesses, such as waiters and bartenders, can also testify that you looked and conducted yourself like a sober person.

There’s a wide variety of potential issues with breath testing. A majority of breath machines used to test sobriety tend to record many chemical compounds found in a person’s breath as alcohol. Things like the pattern of blowing and temperature can also cause the breath reading to change from normal.

Breath machines also assume a 2100:1 ratio when calculating the alcohol content in the breath into alcohol present in the blood. However, this ratio is too general and often varies from one individual to another. And that’s not all; radio frequencies have also been known to cause inaccurate readings in breath machines.

These and many other issues in analysis can be brought to light by reviewing the machine’s maintenance and calibration reports.

Similar to breath-testing defense, there’s exists a wide variety of potential problems with blood testing. Also, there are special requirements regarding blood testing for drivers, which include:

Some medical conditions such as neurological disorders, knee or other physical defects and diabetes and other medical issues such as acid reflux, being on medication, or on Atkins related diets can create a false positive that an individual was under the influence.

9. Testing During The Absorptive Phase

The urine, breath, and blood will be unreliable if done while the driver is still actively absorbing alcohol. Typically, it takes about thirty minutes for complete absorption. But this can be delayed if you have food in your stomach. For this reason, grabbing “one for the road” can lead to wildly inaccurate test results.

Basically, this refers to the requirement that the blood alcohol concentration is “related back” in time from the test to the driving. Several intricate psychological assumptions are made here, and often, it involves bad/unreliable science.

The DA must prove that the urine, breath, and blood test complied with all state requirements concerning maintenance, calibration, and so on, and often, it is discovered that the testing machine(s) had issues, making the test inadmissible and sometimes can lead to the dismissal of the case.

Several issues can be raised in the situation of an administrative hearing before the state department of motor vehicles, including mistakes by the police officer(s).

How Can A Lawyer Help With Your DUI Case In Colorado Springs?

A well-reputed and experienced Colorado Springs DUI lawyer has a lot to offer. An attorney can:

A DUI lawyer can also help you save your license by requesting and taking care of the Department of Motor Vehicles hearing. We can also represent you in court without you ever having to deal with a DUI court process’s embarrassment and headaches. We can ask the court to minimize the punishment or fees for your case.

A DUI conviction can haunt your driving record for life, not to mention the fact that it can expose you to hefty fines, costly and inconvenient alcohol abuse schools, significant insurance increase, and even jail time.

So in almost all incidents, it’s worth fighting the charges. Call Jeremy Loew today for a free case review.