In Colorado, the laws concerning first degree murder, second degree murder and manslaughter cover a wide range of scenarios, and can take many forms.

According to findlaw.com, “First-degree murder is a Class 1 felony. Class 1 felonies can be punished by at a minimum, life imprisonment, and at a maximum, the death penalty.”

There are several different classes of felonies, and each one has different minimum and maximum sentences, as well as a jail term that must be served before parole. 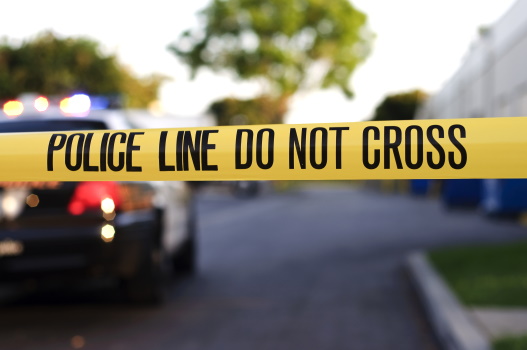 Deciding whether a crime was murder in the first degree is often a difficult task in court. There are several conditions that are considered – but one key is that the accused committed the crime after deliberation, and that they intended to cause the death of someone other than themselves.

The accused may have been acting alone or with another person. If they were committing another crime – such as arson, sexual assault, kidnapping or robbery, and they caused the death of a person during that crime, then that is still considered murder in the first degree.

In addition, it is also considered to be murder if they cause an innocent person to be executed by lying (committing perjury) to the courts.

Someone could also be convicted of murder if they sell a controlled substance to a minor, and the minor dies after using it, or if they knowingly engage in dangerous conduct that could cause the death of another person, and someone does die as a result of their actions.

Even if the death was not intentional, the negligence is still a crime.

Second degree murder covers cases where a person knowingly causes the death of another person, but they did not commit the crime in a premeditated fashion.

Second degree murder can be defined as a killing caused by a dangerous conduct and the accused’s lack of care for human life.

Manslaughter is defined as the recklessly caused the death of another person – an unlawful killing that didn’t involve malice beforehand.

A crime of passion committed in the ‘heat of the moment’ falls into that category and is referred to as “voluntary manslaughter.”

Involuntary manslaughter is defined an unintentional death as a result of another’s negligence.

Criminally negligent homicide is similar to manslaughter but covers incidents which are considered to be criminal negligence rather than just accidental death.

There is a category for vehicular homicide, which addresses people who were driving in a reckless manner, and caused the death of another person as a result.

Sometimes, vehicular homicide is referred to as involuntary manslaughter. The person may have been operating a motor vehicle under the influence of drugs or alcohol, or they could have been speeding or driving while distracted by an electronic device when they caused a death.

Depending upon a conviction for murder, the sentence imposed can range from death to one year in prison with a maximum one year parole.

This is not intended to be an exhaustive guide, but simply to give an understanding of the laws in Colorado at a basic level concerning the crime of murder.

A charge of murder is an extremely serious charge no matter where you live.

If you or someone you care for is charged with murder, it is of the utmost importance that you have an experienced, aggressive criminal defense attorney to secure your legal rights, aggressively defend you and advise you during a time of extreme vulnerability.

Needless to say, a conviction for any murder charge will have a devastating effect on you life, the lives of your spouse and your children, family and friends.

Murder laws and sentencing guidelines are complex and penalties are long-lasting and can affect your life in ways you simply cannot imagine.

There is no substitute for an experienced criminal defense attorney in Colorado Springs who will aggressively defend murder charges.