A conviction for felony drug charges has ramifications that will affect you at every turn of your future life.

Even simply being charged with possession of a controlled substance can have severe consequences. Such a charge usually part of a complex and intimidating process, a process which can easily be exacerbated by your case being handled by an unsympathetic judge. 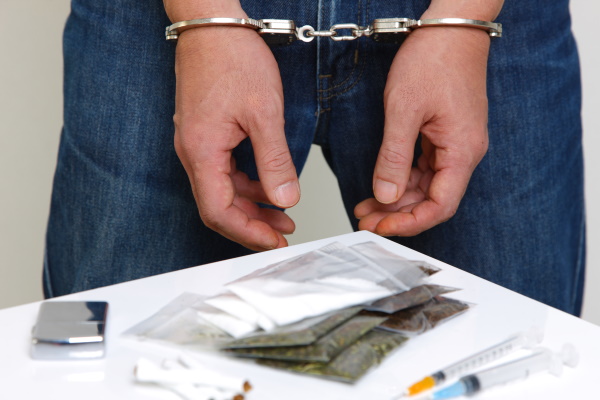 A new sentencing scheme concerning felony drug charges was enacted back on October 1, 2013, which is sort of a guideline of the minimum and maximum sentencing as well as the minimum mandatory parole in relation to possession of drugs.

For a proper understanding of the Colorado sentencing scheme, below are examples of the crimes as well as sentencing:

However, it is important to note that these sentence ranges apply are “presumptive range.” As such, if the judge determines that your case has extraordinary aggravating circumstances, he or she can double the maximum sentence applied.

In addition to the above, it is important to acquaint yourself with the criteria that are used to determine the applicable felony level. The first of such criteria is the type of particular controlled substance that is involved.

However, each state employs its own definition of CDS and the resulting sentences.

For instance, in Colorado, the drugs, as well as compounds used to make the drugs, are considered as controlled substances. Possession of drug paraphernalia is also illegal.

In Colorado, the classification of felony drugs charges is divided into five Schedules, which are:

Schedule I Drugs –  These are the drugs that have no accepted medical use, have a high abuse potential, or are unsafe to use in treatment (even when supervised by medical practitioners), including synthetic heroin and opiates.

Schedule II Drugs – These are the drugs that although they have an accepted medical use, they can result in severe physical dependence when abused and they have high abuse potential. They include opium and its various derivatives.

Schedule III Drugs – Schedule III drugs have an accepted medical use and can cause limited to moderate physical dependence and high psychological dependence. However, they have a low potential for abuse (a lower abuse potential than Schedule I and II drugs). Such drugs include anabolic steroids.

Schedule IV Drugs – These drugs have an accepted medical use and can only cause limited physical and psychological dependence, especially when compared to Schedule III drugs. Importantly, they have a lower abuse potential than Schedule I, II, and III drugs. Such drugs include lorazepam.

Schedule V Drugs – These are drugs with accepted medical uses, they lead to the least possible physical and psychological dependence and have the least potential for abuse.

The Possession Of A Controlled Substance Has Life-Altering Consequences

It’s important to note that the information provided in this article is focused on the issue of possession of a controlled substance.

As such you need the best defense attorney available.

One common strategy of beating such cases is to challenge the legality of the evidence presented by the police when the evidence is collected through illegal means. With this in mind, under no circumstances should you give police the permission to search you, your home, or your vehicle without first consulting your attorney.

For the police to conduct a search, they need to have a probable cause, and when you give them the permission to do so, they do not need any other independent reason to conduct their search.

Importantly, when all is said and done, the services of an experienced criminal defense attorney are of the utmost importance when defending the case of drug possession in Colorado.

The penalties for a conviction are severe, and the related consequences can hound you for years after a prison sentence has been served.

That’s why you need an experienced, aggressive felony drug charges lawyer like Jeremy Loew to defend your rights every step of the way. Like most things in life, we can offer no guarantees.

What he can offer is an experienced and tactical defense strategy designed to give you the best outcome possible if you’ve been charged with felony drug charges.