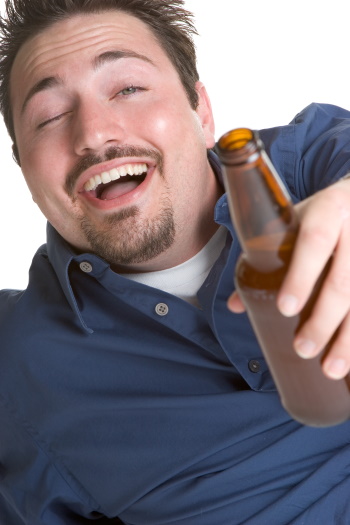 What is public intoxication? Essentially, this is when a person is under the influence of drugs or alcohol while in a public area.

The majority of states do have laws banning public intoxication. However, laws aren’t the same from one state to the next. These laws cover different types of intoxication for a range of substances.

Just because there is a law in your state that prevents public intoxication does not mean you can’t ever be in public while drinking. It simply means that officers can arrest you if you engage in behavior that involves harassment, breaching the peace, or endangering yourself or the people around you.

No Public Intoxication Law In Colorado

In the state of Colorado, there are no laws against public intoxication. In fact, the state prevents the passage of local laws that institute penalties for people that are intoxicated in public.

Colorado opts to train emergency service providers so that they can assist anyone that is incapacitated or impaired because of drug or alcohol use. Patrollers can provide transportation when people are in need, and they can administer first aid as well.

This means that, in Colorado Springs, it isn’t lawful for an officer to arrest you just because you’re intoxicated in a public space. However, it is still possible to arrest you if you are harassing people, engaging in disorderly conduct, or could be considered a public nuisance.

Colorado describes disorderly conduct is someone is causing significant noise or making offensive statements in areas near private homes. This includes screaming obscenities or yelling loudly while walking down residential streets. This kind of behavior could lead to a disorderly conduct arrest.

This is considered to be a class 1 petty offense. The penalties may include a fine as high as $1,000, six months of jail time or less, or both. If a person is convicted more than once, the penalties will be more severe. There is also an increase in penalties if a funeral was disturbed because of this behavior.

There are a number of behaviors that can be described as a class 2 public nuisance. People may be charged with this offense if they are engaging in conduct that disturbs the peace in a residential area or a place where large groups congregate, such as a park.

Many types of conduct are included under this offense, such as dealing drugs, providing liquor to individuals that are underage, illegal gambling, selling stolen items, or soliciting prostitutes.

The penalties an individual will face will change based on the conduct they engaged in and the damages that they cause. Penalities could include jail time and fines.

The state of Colorado forbids taunting, touching, or speaking to a person in a way that could be described as obscene. Following a person or repeatedly calling them and hanging up your phone is also criminal behavior.

Harassment is a class 3 misdemeanor. The penalties can include as much as six months of jail time, a maximum of $50 in fines, or both. Harassment can be a class 1 misdemeanor if the motivation for the offender was the perceived or actual race, religion, color, or origin of the victim. Penalties can be a fine between $500 and $5,000, a minimum of six months of jail time, with a maximum of 18 months in prison, or both.

It is also a crime to sexually harass an individual while intoxicated. If you grope a person without consent or engage in unwanted sexual advances, severe penalties, such as felony-level sexual assault charges, are a possible consequence.

Officers can only arrest you if you are engaging in criminal behavior while you are intoxicated. As an example, if you are patted down by an officer, and they see that you have a concealed carry weapon on you, you could face arrest for possessing a firearm while you are under the influence.

Don’t Take A Chance With Your Future

If you’ve been charged with a crime in Colorado Springs, your first step is to call The Law Office Of Jeremy Loew.  We take your legal rights seriously and will aggressively pursue the best possible outcome for your case.

Any conviction, even a seemingly minor infraction, can cause you big problems for years to come. Don’t take a chance with your future – call Jeremy Loew today.