Charged with criminal harassment in Colorado Springs? You need an experienced and aggressive Colorado Springs criminal defense attorney to protect your rights. Call Jeremy Loew at (719) 387-4111.

A harassment conviction is much more severe than you might think. Seeking help from an aggressive Colorado Springs harassment attorney is one of the most important steps that you can make to protect your rights through the criminal process.

Harassment Is A Serious Charge In Colorado 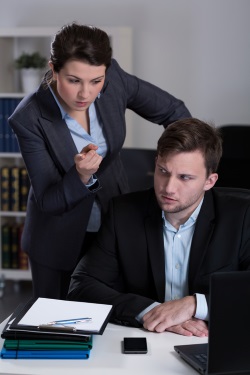 Within the state of Colorado, harassment is one of the farthest reaching charges that you could be faced with. Anything including striking, kicking, shoving, obscene language, and making unwanted calls can qualify as a misdemeanor harassment charge. Stalking and causing emotional distress are even more severe, often resulting in a felony charge. Because of its broad nature, harassment is a commonly used charge when the police or the district attorney have difficulty determining another statute to charge you with.

Just because the criminal justice system can’t decide what to do with you, doesn’t mean that you should have a criminal conviction on your record. Often, minor conflicts result in a charge being filed even though a misdemeanor or felony charge is not warranted.

Allegations Are Easy To Make

One of the most frequently filed criminal charges in Colorado is Harassment, C.R.S. 18-9-111. This is because these allegations are quite easy to make, and if the accuser is believable, it’s not too difficult for the prosecutor to “prove” the charges even without any evidence. Frequently, police are called to respond to a domestic disturbance, and one party or the other will accuse the other of “touching” them. No injury is required for a charge, as it is for third-degree assault. The only defining difference between the two charges is that third-degree assault requires some degree of bodily injury. “Bodily injury” as defined by the statute is pain, which can result from anything, even something as simple as a pinch.

What The State Has To Prove

There are certain things that the state needs to prove took place during the incident, including:

Is Harassment The Same Thing As Domestic Violence?

Domestic violence charges are commonly filed alongside C.R.S. 18-9-111. Domestic violence can be applied to any criminal charge, and harassment is the one filed with it most frequently. It has the same impact to your firearm rights as a third-degree assault conviction would have, provided that the police use the right subsection when the charges are made. In Colorado, you should seek the help of a lawyer to ensure that your gun rights are protected if you’re charged with domestic violence, because the Federal definitions will be followed closely.

A Conviction May Affect Your Employability

Many employers refuse to hire people who have been convicted of a harassment charge out of fear that the applicant could be dangerous. When the case is over, we’ll focus on getting the criminal record sealed. The good news – we have many ways that we’re able to defend you against harassment charges, protecting your criminal record at the same time.

There is still hope when you’re facing harassment charges. If you refuse to speak until after you’ve called our office, we are frequently able to get the charges dismissed or position you for a strong case at trial.