​DUI charges may not always be bulletproof. Whether you were drinking or driving or not, the responsibility is on the State to prove its case against you. There are many opportunities for DUI defense mistakes and you can eliminate most of the easy ones right off the bat. 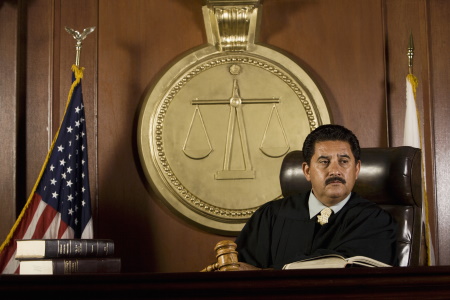 There are various potential loopholes in DUI offenses that your attorney can exploit, and it is imperative that you be 100% honest and upfront with your attorney. Knowing some of the common mistakes in a DUI charge or arrest and their defenses can possible help your attorney in your defense.

he following are some of those mistakes that you should be looking out for;

DUI Defense Mistakes That Can Harm Your Case

The repercussions of a DUI charge can last for years. It may also lead to the loss of your driver’s license, the cancellation of your car insurance or an increase in your premium rates by thousands of dollars. You could also be looking at a possible jail term or probation for several years or even have your license suspended.

Extended Conversation with the Police

This is one of the biggest DUI defense mistakes – talking too much. Avoid being sucked into a conversation with the police. Do your best to remain polite but adamant and inform the officers that you’re exercising your right to be silent and that you don’t wish to share any information with any of them until your DUI lawyer arrives.

Overlooking the Need for a Lawyer

If you’re facing a DUI charge, you should be aware that the decisions you make from the arrest are of the utmost importance. A conviction could potentially haunt you for many years. The state will have an experienced and motivated attorney to work a case against you. You’d be making a royal blunder by thinking that the prosecuting attorney will go lightly on you because you’re a nice person who made a mistake.

In most cases, the outcome of your case may rest entirely on the defense lawyer you hire, and not necessarily the circumstances of your case. Before you can hire a DUI lawyer, be sure to know their expertise with DUI cases, how they stay updated with the changes in the law, and their DUI case success rate.

To get some of this info, go through the lawyer’s website, which will most likely highlight their education background, experience, and success stories.

Withholding Information from Your Lawyer

As we mentioned above, total honesty and being forthcoming with ALL information with your attorney will always work to your benefit. Any false information provided to a lawyer during the initial meeting will soon be discovered when the evidence is presented during the proceedings, leading to big DUI defense mistakes.

Giving honest information and accounts of what happened will help you in the end as your lawyer can use the information to defend you with no surprises.

Sharing Information with Other Parties Other Than Your Lawyer

Keep in mind that some of your statements may be used against you by the prosecution. Exercise your right to remain silent and avoid speaking to anyone about the case apart from your DUI lawyer. You are not obligated to provide answers to any questions posed to you. You also have a right to secure the services of a DUI lawyer before you can speak to the police, and having your lawyer present whenever you are summoned for questioning.

If you can’t afford a lawyer, one will be provided to you by the state to represent you. Do not lie – honesty is the best policy. But do exercise your right to an attorney and keep conversation to a minimum until your lawyer arrives.

Pleading Guilty to the Charges When You Don’t Have To

Many people who have been charged with a DUI offense and are acting as their own attorney plead guilty not knowing that there may be little incriminating evidence against them.

The repercussions of pleading guilty or not contesting can be a big mistake, as you may be giving up on a case that started out in your favor – without you ever knowing about it. Pleading guilty takes away the opportunity to look into police mistakes in the charge and inconsistencies in the case that could be enough to have the case dismissed.

An experienced DUI lawyer can often find and exploit mistakes. However, pleading guilty means that you or your lawyer won’t have the opportunity to explore the defenses available in your case.

If you or a loved one if facing a DUI charge, it is important that you seek the legal assistance of a qualified and experienced DUI lawyer.

Keep in mind that making even the slightest of mistakes can put your case at risk. Be sure to reach out to a seasoned lawyer as soon as you’re charged with the DUI offence. A proficient DUI lawyer will begin by looking at your driving record and facts of the charge and begin to build a strong case.