Judges issue active or arrest warrants in the name of the state of Colorado. An arrest warrant mandates any law enforcement personnel to place the individual named on the warrant into police remand.

An arrest warrant will remain actionable, meaning the warrant will be valid, until you’re arrested, have appeared in court, or until it is terminated by the judge that issued the warrant to begin with. 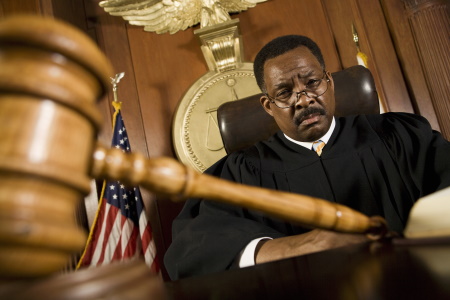 Many people presume that arrest warrants are withdrawn or disappear after a certain period has lapsed. That couldn’t be further from reality. It’s rare to see warrants canceled as it costs nothing for the warrant to remain actionable on the books.

You simply cannot play cat-and-mouse, hoping that if you stay hidden for long that the arrest warrant will magically disappear.

If there’s a warrant out ordering your arrest, you need to consult with an experienced Colorado Springs criminal lawyer to receive legal counsel.

What Is An Arrest Warrant?

Arrest warrants are typically issued if it is established that wrongdoing has transpired and there’s definitive proof to implicate a suspect, and if the individual cited in the warrant committed said criminal offense. Arrest warrants are issued by a judge.

There are also warrants handed out if the individual in question neglected to appear before a court of law. For instance, if you’ve got unsettled parking tickets and you don’t pay the fine or fail to appear for court to hear your case, an arrest warrant in your name may be handed out.

A bench warrant is another form of warrant. This is essentially handed out to persons who have failed to appear for their next planned court appearance. The Supreme Court or county court can also issue the superior court warrant. This guarantees the appearance of the accused offender in court.

A felony warrant is affiliated with felony crimes or punishable crimes by a prison term that’s over a year according to Federal and State law. You should bear in mind that there are no time limits when it comes to felony warrants; they will remain actionable until the charges are brought forth against the suspect and the court issues a ruling. Felony crime examples include drug dealing, embezzlement, murder, fraud charges, and other identical crimes.

These are the  the different kinds of arrest warrants frequently used by the law in Colorado. Note that arrests warrants are a serious matter and aren’t something that you should take lightly. If you aren’t compliant, your arrest warrant will eventually catch up to you.

If you have an active warrant against you, you should consult with an experienced criminal defense attorney. Your lawyer can authenticate if there’s a warrant against you and work towards getting it cleared before you are remanded as well as make sure that your rights are upheld.