With the recent changes to Colorado’s drug laws one might get the impression that the state has gone soft on drug crimes.  That is not the case.  Colorado still takes drug crime offenses seriously and will prosecute the crimes to the fullest extent of the existing laws.  If you find yourself facing a drug crime charge it is important to find legal representation right away. 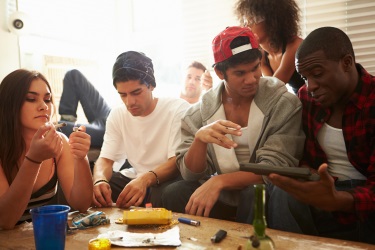 The category of drug crimes encompasses a wide range of offenses from possession and sale to manufacturing and distribution of controlled substances.  These crimes can result in serious penalties including probation, property forfeiture, prison, and participation in court-ordered drug treatment programs.  It is important to have an experienced defense attorney like Jeremy Loew who understands the nuances and complexity of the drug laws to help defend you.

One small mistake can stay with you for a very long time.  Even possession of a small amount of a controlled substance may have severe and lasting consequences.  Recent changes to the laws have attempted to help the “small time” offenders avoid the lasting stigma of a drug-related felony conviction.  Working with a defense attorney can help you understand your options and the best way to move forward even under these new laws.

The legalization of recreational marijuana has received national attention and is followed closely by the media and other states who are considering legalization as well.  But it is still possible to be charged with a marijuana-related drug crime in Colorado.  It has not become a free for all.  The amount of marijuana you can possess is closely regulated as are the growers and sellers of the drug.  Run afoul of these restrictions and you will face serious charges.

Lesser known outside Colorado, but perhaps an even more significant change to Colorado Law has been Senate Bill 13-250 that reduced the penalties for drug related crimes across the board.  According to the statute, the intent of the law is to “expand opportunities for offenders to avoid a drug felony conviction, to reduce the significant negative consequences of that felony conviction, and to provide positive reinforcement for drug offenders who work to successfully complete any community-based sentence imposed by the court.

The stated goal of the law is to focus less on putting people behind bars and more on treatment.  The law created a separate sentencing grid specific to drug crimes and differentiates these felonies from other violent felonies.

Under the new law it is possible for those convicted of possessing a “small” amount of drugs to have their sentence reduced from a felony to a misdemeanor conviction after successfully completing a community-based sentence such as probation or community corrections.

Drug charges still have severe consequences. Consulting with an experienced attorney like Jeremy Loew for advice on how to proceed is essential.

Make your first call to Jeremy Loew at Loew Law and he will help you mount a serious defense.  Call (719) 387-4111 today or click HERE to contact Jeremy Loew.