Can I Refuse A Breathalyzer Test?

Is It Possible To Refuse A Breathalyzer Test?

It’s scary to get pulled over by a police officer. In Colorado Springs you’re driving through and see the flashing lights in your rearview mirror. You pull over and the police officer asks you a few questions. Where were you? Were you out enjoying a night on the town? Were you drinking? 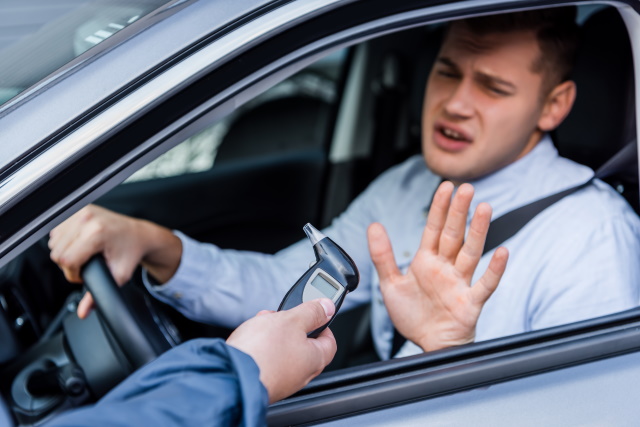 You feel just fine however now you’re feeling regretful that you forgot to put on your turn signal when changing lanes. No one was behind you so does it really matter?

Of course, the police see that omission and promptly pull you over.

The police officer asks you if you’ve been drinking. You’re definitely not going to tell him that you had a rum and soda at the party, so you lie. You want it to sound as truthful as possible, so you tell him you had a beer instead.

You think it sounded truthful, you know you have to be as honest as possible. The policeman asks you one more question. Will you take a breathalyzer test? If you pass the test, you can drive away, if not… Just blow into this tube, he tells you.

Should you refuse a breathalyzer test?

The State Of Colorado Has An Express Consent Law

Per the Colorado Express Consent Law, all drivers have automatically given consent to submit to chemical tests including breathalyzer tests following a potential DUI arrest. In short, if you’re arrested, you’ve already consented to take this test and must take it. If you decide to refuse, you’re going to be subject to some penalties.

If you are told by an officer of the law to blow into a device on the roadside without being arrested, you’re being asked to take a field sobriety test or a preliminary breathalyzer test. If you’re stopped for a suspected DUI, the only thing you have to do is to hand over your license and your registration when asked to do so and step out of your vehicle if asked.

However, if you’re under the age of 21, the legal drinking age in Colorado, you must agree to take this test.

If you are arrested by the police, then things change dramatically.

If you refuse a breathalyzer test or post-arrest blood or chemical test in the city of Colorado Springs, there may be some serious consequences.

If, however, you submit to the breathalyzer and your results note that your BAC (Blood Alcohol Limit) was over the limit, this too can be used against you.

The obvious answer is, don’t drink and drive. Even drinking a little bit might qualify you for a DWAI (Driving While Ability Impaired) which has serious consequences on its own.

If you do get caught up with the law on an alcohol (or drug-related) driving charge, give me a call. Chances are, I may be able to help you. So call now, always a free case review.