Can A DUI Charge Be Dismissed?

Can you get a DUI charge dismissed? The short answer is yes. But there are many pitfalls in this process and only a top DUI attorney can successfully get these charges removed.

Are you aware that a DUI charge or first DUI conviction can be shown on your record? There are numerous employers who will not consider hiring someone whose record has a DUI. Unless you take action now, things will only get worse..

The Best Approach Is Getting The DUI Charge Dismissed 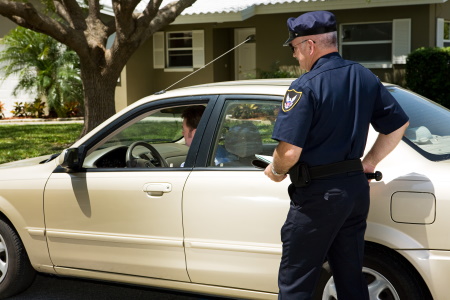 It is absolutely essential to fight to have that DUI charge dismissed and to get your life headed on the right track again. Most important of all, you need to learn from your mistakes and then move ahead without getting charged with severe DUI penalties ever again.

In the meantime, be wary of any lawyer who wants to quickly obtain an easy plea bargain on a first DUI charge. That will result in you wasting weeks of time and thousands of dollars on an expensive attorney who gets supervision or a form of probation for your first DUI arrest.

Supervision can be obtained by even a public defender! That is why it is critical to be fully equipped to beat your first DUI charge. And the only way to beat your DUI is to fight it aggressively. This is where an experienced and aggressive Colorado Springs criminal attorney is a great asset to have working for you!

In this situation, the best possible outcome that you can have is for the court to get the DUI charge dismissed. Be aware that there will most likely be a separate license penalty that is issued in addition to your first DUI arrest. Furthermore, there is still lots of hope to have all DUI penalties dismissed or minimized even if you did blow well over the legal limit.

Fortunately, a DUI charge doesn’t result in a DUI conviction every time. Depending on the specific details of your case, an experienced and knowledgeable attorney might be able to build a strong defense that results in your DUI charges being dropped. The following are some of the potential grounds for getting a DUI case dismissed:

Although police officers are considered to be infallible by many people, the truth is they do mistakes as everyone else does. The great news is a mistake made by the police can be a great thing for you!

If your arrest details have any errors such as failure to show probable cause on your arrest, that can be grounds for dismissal. Other possible errors include being unable to prove you were driving, DUI checkpoint mistakes, and breathalyzer test mistakes.

If your case ends up in court, the prosecution heavily relies on the evidence that was collected at the crime scene. Roadside sobriety tests are often not totally accurate. If an attorney is able to prove that the evidence is tainted or even compromised, your case might be dismissed by the judge.

For numerous reasons, checks and searches that happen at checkpoints are sometimes unlawful. It often because the individual’s Fourth Amendment right has been infringed upon by officers which prohibits unwarranted seizure and search.

Your case might be dismissed if there were any illegal practices that were committed that resulted in you being arrested.

Infringement of your rights

A police officer needs to pull you over and then make a determination on whether you seem to be inebriated before you can be charged with a DUI. However, there needs to be probable cause that you have done something wrong before an officer can pull you over. The officer then must have a reasonable suspicion you were driving under the influence.

If the proper legal procedures are not followed by the officer, a case can be made that your rights have been infringed upon.

No two DUI cases are identical. Your case will have its own unique set of circumstances that during a trial may serve as grounds for dismissal. An experienced Colorado Springs lawyer with a proven track record can examine the details of your case and can often find weak points in your charges.

With assistance from an experienced and thoughtful lawyer, you might be able to avoid serious and life-changing consequences. Severe and costly consequences such as having a stain on your record, jail time, and huge fines that an arrest for DUI will bring. Please remember that every DUI case is different.

As a top DUI attorney in Colorado Springs, we have the experience and the resources to fight your charges. But we cannot guarantee the outcome of your case.