For many drivers in Colorado Springs, traffic violations are a fact of life, and are not considered much to worry about. A nuisance for sure, but nothing serious. 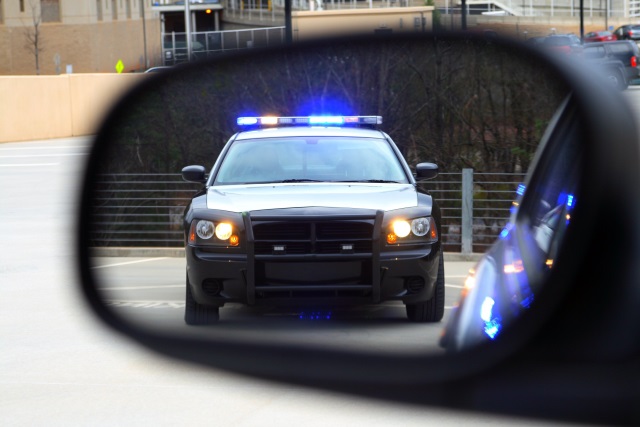 Traffic Tickets – More Than A Nuisance

But the truth can be exactly the opposite. In Colorado, you start with 12 points on your license. For every traffic violation a certain number of points are deducted from your license, depending upon the infraction. If you lose 12 (or more) points in a 12 month period, then you lose your license!

Not to mention the fines – up to $1,000 dollars of you’re caught at 25 mph over the speed limit in a construction zone.

Failure to stop for a school bus? That could cost you up to $300 for the first violation, $1,000 for the second plus 6 points off your license!

Get caught racing – a speed contest? That’s a mandatory court appearance and a fine of $250 plus court costs. And, a speed contest is a 12 point violation – meaning you’ll lose your license!

Did you get a distracted driving ticket? Give us a call – we can help you!

Colorado Springs defense attorney Jeremy Loew can help you deal with serious traffic violations. I will build a strategy to dispute all types of traffic violations before a Colorado court of law. I can also help to negotiate the charges to a lesser charge if possible.

If you fail to appear in court for certain traffic violations, a bench warrant may be issued for your arrest. I can help you clear bench warrants before an unpleasant and embarrassing arrest.

If you’ve received notice that your driver’s license will be revoked for the accumulation of too many traffic tickets, I can represent you at the administrative hearing to help protect your rights.

In addition, an accumulation of traffic violations can make your insurance rates go through the roof – or your insurer may decide to drop you altogether!

Remember, it only takes the loss of 12 points to lose your license in Colorado!

If you’ve been charged with a serious infraction, a traffic violations attorney may be able to help you out. This is particularly true if you have the intention of disputing the charge in court. I can help you dispute most all traffic tickets, large and small.

Most ticketing violations are dealt with out of court, with the defendant only required to show up in court if he or she plans to dispute the charge. Others, of course, are more serious, and will require the individual to stand before a judge. Whether you have a serious allegation pending or you just want to get out of an unjust ticket, calling a good lawyer may be your best course of action.

Generally speaking, a traffic violations attorney is going to get the bulk of their work from individuals who have been charged with moving violations. This includes exceeding the speed limit (speeding), reckless driving, tail gating, running red lights, and other such traffic infractions.

These traffic offenses are typically more serious than non-moving violations, as they bring with them not only the punishment of a fine or whatever other penalty the city may determine appropriate, but also can result in points being added to your license. These points not only bring you a certain number of steps closer to the revocation of your license, but will also mean an automatic increase in your insurance
premiums.

Non-moving charges aren’t usually as serious, but they may still call for the involvement of a speeding tickets attorney. These infractions include illegal parking, failure to pay the meter, and other such illegal acts. It is a mistake to make broad generalizations and think that they apply to every scenario, but in most cases these charges will not result in any points being assessed against your license. This is because you generally aren’t doing something that could be harmful to yourself or others on the road.

It May Be Worth It To Fight Your Ticket

It’s unfortunate that many Colorado drivers believe that fighting traffic tickets isn’t worth the time and money. This just isn’t true as I’ve helped many drivers avoid costly fines and penalties – not to mention reducing or eliminating altogether the dramatically increased car insurance rates that come with severe speeding tickets and other moving violations.

If you’ve recently gotten a traffic ticket and are wondering if it makes sense to hire a traffic ticket attorney to beat or reduce the charges, why not give me a call now at (719) 387-4111 to discuss the possibilities. You need an experienced Colorado Springs traffic violations lawyer on your side.

Penalties such as excessive fines, increased insurance rates, license suspension, and even the possibility of jail time can often be mitigated.