What to Expect if You Are Facing Domestic Violence Charges

Domestic violence charges can be devastating, throwing your life into turmoil as you scramble to find stability and strength to fight the battle that lays ahead.  Domestic violence has always been a serious offense, but given the added attention from some high-profile cases in the news lately, the pressure has ratcheted up to get convictions. 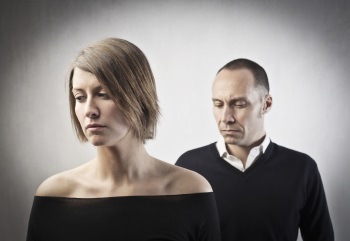 It is important to realize that in Colorado, a domestic violence charge is not considered a separate crime on its own.  Instead, it is an additional charge added on to another crime.  That means you cannot be charged for domestic violence alone.  It must be accompanied by another charge such as assault or harassment.

Once a domestic violence charge has been added to another crime, it is very difficult to be plea bargained to a lesser crime that would not include the domestic violence rider.  Also, even if the accuser changes his or her mind, they cannot drop the charges.  Only the district attorney’s office may drop charges if deemed appropriate.

An Arrest Is Required When Probable Cause Exists

In addition, the police must preserve pertinent evidence, such as dispatch tapes, any on-scene audio or video recordings, physical evidence, medical records, and witness statements. The arresting officer must also note in the incident report whether any children saw or heard the offense.

Don’t be surprised if the alleged victim files for a protection order.  In a domestic violence case emotions and tempers are usually running very high on both sides.  Keeping your distance can help calm people down so cooler heads may prevail.  The tough part is that in addition to being restrained from having contact with the plaintiff, the defendant is also prohibited from returning to his or her home if shared with the plaintiff.  And, some protection orders prevent defendants from visiting their children.  It is critical that you abide by the restraining order.

In the time between the arrest and a trial (if it goes that far) it is important to gather as much information as possible.  You are entitled to see all official documents pertaining to the case.  You or your attorney should ask for a list of witnesses that may be called, copies of medical records or reports about any physical injuries the plaintiff claims to have suffered, and copies of all evidence they plan to introduce at trial like photos, recordings or expert reports.   Remember to get police reports and any statements or forms the plaintiff may have filled out along with the temporary restraining order hearing transcript.

Armed with all the information, you can first determine if the complaint constitutes domestic violence by the statute’s definition.  If it does, there are two key defense strategies:  Self- defense or the alleged victim is lying or making the accusation up. You may have been protecting yourself during the alleged domestic violence altercation.  A defendant may be justified in the use of physical force toward the plaintiff, if the defendant reasonably believed such force as necessary to protect against use of unlawful force.

Domestic violence claims can result in severe legal consequences for defendants including criminal penalties, heavy fines, and even jail.  You need an experienced criminal defense attorney on your side.

Make your first call to Jeremy Loew at Loew Law and he will help you mount a serious defense.  Call (719) 387-4111 today or click HERE to contact Jeremy Loew.