Criminal suspects can be allowed to search private homes for material evidence according to a recent appeals court ruling that added Colorado to a list of states that can allow criminal suspects to search victims’ homes in order to bolster their defense.  The appeals court judges determined that a defendant’s right to a fair trial sometimes outweighs privacy issues.

Colorado victims’ rights activists are up in arms over the ruling.  They fear that this will be tantamount to re-victimizing those affected and that this may lead to less reporting if victims believe their private home may be searched by the alleged perpetrator.

According to a recent Denver Associated Press story, the decision stemmed from a case where “a man convicted of sexually assaulting his cousins argued that a judge was wrong to deny him access to the crime scene in his grandmother’s basement.”  In this case, the appeals court agreed with the judge because the man did not prove a need to search the home, but went on to say that “judges can grant such access.”

The ruling states that judges are allowed to grant access if it is proven that the search would yield evidence that is “relevant, material and necessary to his defense.”

This is not the first ruling of its kind.  For many years, courts have allowed defendants access to confidential records and have victims ordered to undergo psychological evaluations.  The appeals court found this is no different than seeking evidence from cellphones, computers and other property.  There is no state law specifically banning access to a private home.

Jeremy Loew sees this as an important ruling for a defendant’s right to mount the best defense possible.  It preserves the defendant’s right to return to a crime scene when they feel the investigators were not thorough, did not search the right places, did not take sufficient photos, etc.   If you are in this situation, it is important to have a strong argument as to why you need access to the property in order to prove it is relevant, material, and necessary to your defense.

Questions still remain about the process and procedures of how a search would need to be conducted.  Would the police be present, and what happens when a victim refuses?  According to the Denver Associated Press story, the Colorado attorney general’s office is reviewing the decision.  This may not be the last word we hear on the issue. 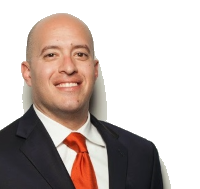