Even the best of folks make mistakes from time to time, meaning innocent individuals get falsely accused of crimes including assault in Colorado Springs.

Far too often, the mere circumstance of having an assault charge can upend someone’s life. They might lose their job and see family struggles, even in a minor case. Whether you’re looking for a criminal defense attorney to prove your innocence, help you avoid jail time, or just land a plea bargain that keeps your career intact.

The Law Office Of Jeremy Loew is here to aggressively defend you and protect your future.

Assault Attorney For The Best Defense

Are you a Colorado Springs resident facing an assault charge? 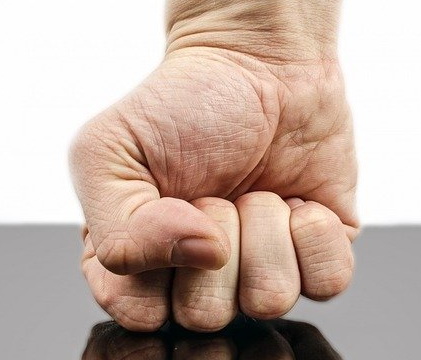 You deserve a strong, aggressive and experienced criminal defense attorney.

However, when you’re defended well and you have chosen the right criminal defense attorney, then the District Attorney can find proving an assault charge difficult to pull off.

The right Colorado Springs criminal defense attorney is often going to show you were acting in self defense, or that you didn’t even cause an alleged injury, or maybe that a victim might have good reason to lie about what transpired.

Or maybe a witness couldn’t have actually seen what they claim or think they saw.

Also, every degree of assault carries with it the need of proof for a certain mental state, so the right defense attorney can make it really hard for a DA to establish you were in the guilty mental state the law dictates.

Having said all this, all cases are unique. However, your best results come from hiring an experienced trial lawyer, and not an attorney who just deals intermittently in criminal defense.

The Law Office Of Jeremy Loew has years of experience in criminal trials defending those accused of a violent crime, and we’re able to provide you with a robust defense from any Colorado assault charge across the state.

How this type of crime gets classified is contingent upon numerous factors, including the alleged victim’s employment in certain circumstances, the intention of the accused person, sometimes the place of the assault, if a weapon was used, and how seriously injuries were inflicted.

First degree assault is often called a crime of violence, and this serious felony often means an enhanced prison sentence after conviction. This class 3 felony has a mandatory minimum of a decade in prison, but it can go up to 32 years.

It only becomes a class 5 felony if it was committed in a heat of passion, somewhat similar to second degree assault.

It can be a Colorado class 5 felony if the act is done in a sudden heat of passion that’s provoked by the intended victim which affects an individual sufficiently to have a reasonable passion to harm a person without hesitation or delay.

If the circumstances of a sudden heat of passion do not apply, then a first degree assault is treated like a class 3 felony.

Not every alleged instance of an assault is crystal clear, which is why having a lawyer that specializes in Colorado assault crimes is so critical. Many different factors and situations can impact the accused person’s legal standing, including defense of themselves, another person, or even property.

The right criminal assault attorney in Colorado Springs can give you a robust defense that minimizes the impact of a sentencing or even challenges the charge itself.

These factors include: if the act that causes an injury is inflicted during a sudden heat of passion, if there is no interval between a provocation and injury afflicted, the intended victim performs a highly provocative act, and if the injury is serious enough for the voices of humanity and reason to be heard.

Prison sentences for second degree assault range from 5 to 16 years.

The least serious of all these charges would be one of third degree assault. However, it’s the one charged most commonly. The reason why it is such a common charge is because it usually applies to fights that range from mild to moderate.

Third degree assault also applies for many cases of domestic violence. It’s a class 1 misdemeanor, but given that it’s deemed a crime of extraordinary risk, those charged and found guilty can see up to two years of jail time.

Mandatory minimum sentencing guidelines don’t apply unless there are particular aggravating factors present. A pregnant victim would be one such instance.

For more information on these types of charges in Colorado Springs and others, please schedule a free, no obligation review of your case with Jeremy Loew at (719) 387-4111 or contact us by email HERE.